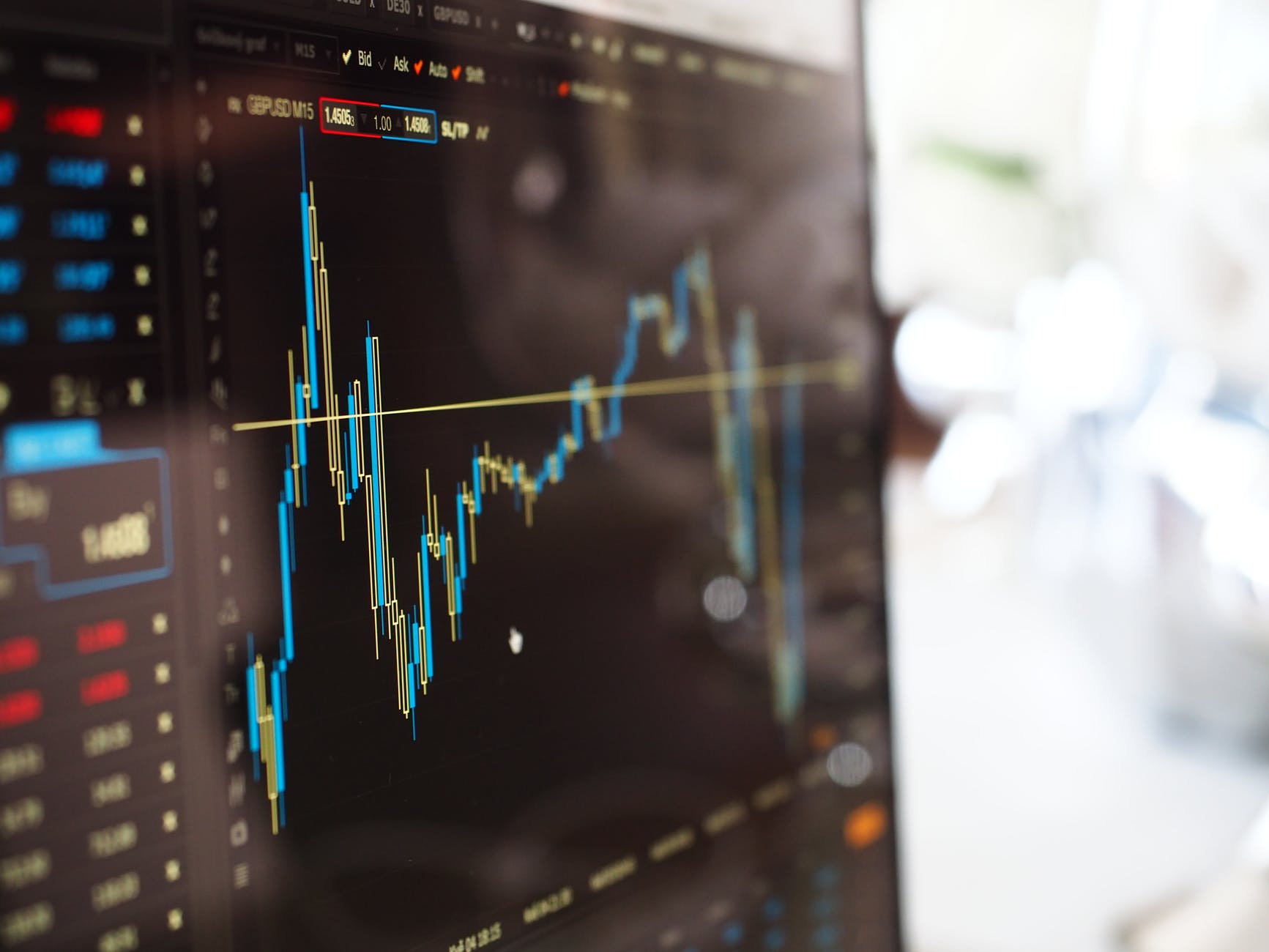 You may have noticed that your online broker offers a few order options when purchasing a stock or other security. I wrote in my review of the Robinhood app that many reviewers on the App Store blamed Robinhood for paying too much for a trade when the real problem was that they did not understand and properly utilize Robinhood’s limit order option.

If you simply post the default market order, your order will go through at whatever price your broker and another trader agree upon a few seconds or minutes later, which might not be the same market price you see on your screen. That could be frustrating if the price goes up in that short period of time, which is not unusual.

A limit order makes sure that your trade won’t go through any higher than a certain price. If the price of the security goes up between the click of the order button and when the trade actually happens, the broker won’t buy it for more than the customer wants to pay for it. It will wait for a cheaper trade to be available or the order to expire.

There are tons of order types being used in today’s technology-driven trading environment, most of which the average investor does not even know about. Commercial investment brokers like the popular online ones usually only offer a few order types, and it is probably for the best, as we are about to see how complicated they can be.

A novice might notice that his broker offers the option for a stop loss order and wonder what that means. He could hit the ‘help’ button or Google the term to see what it is, and at first glance it may look like an interesting idea. Let’s dig deeper into what it is and what the broader implications of it are before we use it to make a major financial decision.

Investopedia defines a stop loss order as “an order placed with a broker to sell a security when it reaches a certain price. Stop loss orders are designed to limit an investor’s loss on a position in a security.” In other words, if the stock price drops too much, the broker will automatically sell it (theoretically before it drops even lower).

In addition to minimizing losses, it is argued that a stop loss order can “lock in gains.” Perhaps your stock is up 15% and you don’t want to sell it, but you don’t want it to go back down to where it started again.

This is a tempting tool for assuaging risk aversion. If you are worried the security you are buying or the market as a whole might suddenly crash without you having time to sell, it sounds like a good idea. However, there are two major problems with this plan. One is how the market works in the technology age, and the other is that this may be a flawed risk management philosophy.

The Problem with Robots Trading Stocks

In the age of algorithms and early forms of artificial intelligence, there is a lot of securities trading going on that is not done by humans. Traders, quants, and computer programmers are creating tools that engage in high frequency trading. They write programs that automatically receive and analyze information and make trades based on it faster than a human can. This creates market anomalies that affect individual securities and sometimes entire markets.

If you look through the NASDAQ log of all the trades being processed in a given day for a stock, you might occasionally see an outlier, a single trade that went through at a much higher or lower price that the others made that day. It is hard to say what caused it. It could be that somebody made a mistake when manually entering their order through their online broker. It could be that some investment bank’s trading algorithm malfunctioned and sold the stock cheaper than it should have. Either way, when it happens, someone on one side of the trade got a lucky, sweet deal, and someone on the other side got hosed.

On occasion, a security or even a large portion of the market can experience a more profound movement with potentially serious consequences. During the 2010 Flash Crash, the Dow Jones Industrial Average (DJIA) dropped 9% within minutes. Most of the loss recovered quickly, and the Dow finished the day down 3.2%.

Were a rogue order or a flash crash to trigger a stop loss order, the stock would sell at a steep discount, and the seller would not have the opportunity to buy it back at that low price again. A stop loss order also triggers a sale when the market price reaches the assigned price, but that does not guarantee it will sell at that price, especially if the price is dropping rapidly.

Let’s say for example that you had issued a stop loss order on a DJIA index fund or perhaps one of the stocks in that index so that it would sell if it dropped 5%. The 2010 Flash Crash would have triggered a sale when the security reached that point. However, with the speed of the crash, the order might have sold at a much lower price–perhaps down 8%. You would have given up your investment for an 8% loss for no reason. If you wanted to reenter the position, you would have to do so at a higher price than you sold it for. Had you done nothing, you would only be down 3.2% instead of down 8%.

The Illusion of Safety

As we have seen by the technical vulnerabilities of stop loss orders, it is easy for a new tool to make us feel more secure when it actually does the opposite. If there is one takeaway from the history of finance, it is that concept.

In A History of the United States in Five Crashes, Scott Nations demonstrates why investors keeping thinking “it’s different this time” in the stock market surges that often happen before crashes:

In the 1920s the investment trust promised professional financial management and diversification, both of which were thought to reduce or eliminate risk, but instead the investment trusts increased risk. In the 1980s a wonder of complex mathematics known as portfolio insurance promised to provide a floor below which the value of a portfolio simply could not fall. Instead it increased the depth and velocity of the drop. Thirty years later, investment bankers and industrial investors were seduced by even more complex mathematics into believing that the value of mortgage-backed securities could not fall below a certain level.

In every one of these cases, investors were lured by some new strategy or instrument that promised security only to have it blow up in their faces. The stop loss order might not go down in history as one of the more notable cases of this happening, but the concept is the same.

Our society has a problem of trying to pass off risk to other people. When put our risks in the hands of insurance companies, financial instruments, or the government, we still possess the risk, only indirectly. This makes us feel safer, but in reality we aren’t much safer that way. These behaviors made by many individuals over time create systemic risks or unnecessarily high costs for society as a whole. For an example, look at what health insurance has done to the cost of medicine.

The illusion of safety is the greatest risk of all. It is when you feel safe that you are most vulnerable.

Why Initiate a Stop Loss Order?

When you really think about it from a strategic perspective, what really is the point of a stop loss order? Why would you sell a stock just because the price has gone down? That would mean you are selling for a loss. There are reasons to sell a stock for a loss, but the loss itself is not a reason.

The real reason for a stop loss order is fear that the stock will go down more and possibly even that it will go all the way to zero. This is not likely to happen in a short time because when a flash crash occurs, the indices tend to hold trading on the security for the rest of the day until buy and sell orders even out. It is also unlikely because it is rare that a company becomes worthless suddenly out of the blue.

So there is really only one reason that a stop loss order makes sense: It is a highly speculative investment in a security that really could become completely worthless overnight. In that case, you are practically gambling, and your stop loss order is like asking for gambling insurance on your way into the casino. Casinos, of course, do not offer gambling insurance though. It would be silly for them to sell it, and it would be silly for you to buy it. The consolation for your losses is that you had fun, enjoyed free valet parking, and maybe they served you free drinks while you played. Think of a stop loss order as your free drinks and valet parking while you bet on that ridiculous obscure cryptocurrency that is probably going to go flop at any moment. When it goes to zero, maybe you’ll be lucky enough to have 10% of your cash you salvaged when your stop loss order kicked in on the way down.

If you use a stop loss order at all, that should be the mindset behind it. Wearing a helmet while skydiving should not make you feel like you will be safe if the parachute doesn’t open. 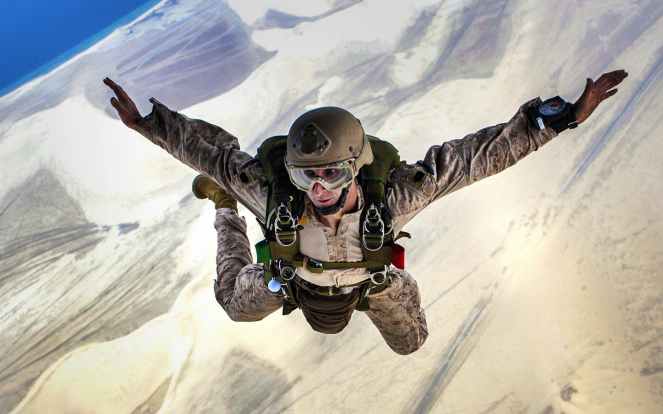 Doug is a certified music educator and business educator in Indiana. He directs bands, choirs, and percussion, performs drums and percussion, composes and arranges music for concert band, marching band, and percussion ensemble, and teaches and writes about business, finance, and economics. He has a B.M. in Music Education from Butler University and an M.B.A. in Economics from Southern New Hampshire University. He is also an avid reader and a lover of art, history, science, and nature, especially birds and other wildlife. View all posts by Douglass Gaking

I am a teacher and musician. I teach high school finance and entrepreneurship classes and also take interest in economics. Join me as I explore how to decrease your financial burdens and increase your net worth.